April is the month in which we celebrate the Wonderful World of Poetry. Visit the library and pick up a book on your favorite poet or poetry era…or discover someone you’ve never read before. If you’re new to poetry, we have plenty of books to recommend on introducing you to poetry, as well as appreciating poetry. So stop by and celebrate the month of Poetry!

September 15 – October 15 of each year is known as Hispanic Heritage Month.  The Douglas and Judith Krupp Library is celebrating with books, of course, come check them out.  And don’t forget, you can celebrate Hispanic and Latino/a Heritage every day of the year with a great book.

“Each year, Americans observe National Hispanic Heritage Month from September 15 to October 15, by celebrating the histories, cultures and contributions of American citizens whose ancestors came from Spain, Mexico, the Caribbean and Central and South America. The observation started in 1968 as Hispanic Heritage Week under President Lyndon Johnson and was expanded by President Ronald Reagan in 1988 to cover a 30-day period starting on September 15 and ending on October 15. It was enacted into law on August 17, 1988, on the approval of Public Law 100-402. The day of September 15 is significant because it is the anniversary of independence for Latin American countries Costa Rica, El Salvador, Guatemala, Honduras and Nicaragua. In addition, Mexico and Chile celebrate their independence days on September 16 and September18, respectively. Also, Columbus Day or Día de la Raza, which is October 12, falls within this 30 day period.”

23 Books by Latinos That Just Might Change Your Life

We have a new display up at the library showcasing one of our librarian’s comic book/graphic novel collection. Come check it out on the first floor of the library!

We’re excited to be hosting another exhibit from the National Library of Medicine! “Frankenstein: Penetrating the Secrets of Nature” focuses on the novel Frankenstein and features information about Mary Shelley, the medical research that provided some of the basis for the novel, and the creative works that have been inspired by Shelley’s story.

Come in and browse the exhibit on the first floor of the library! You can also find more information on the National Library of Medicine’s website. 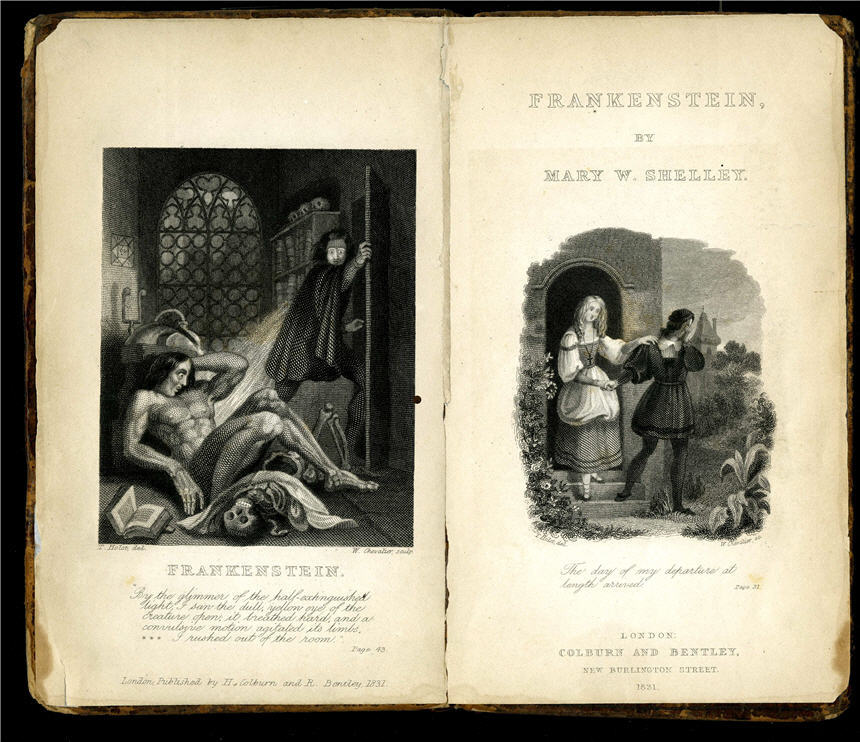 The Douglas and Judith Krupp Library is excited to host the interactive exhibit Dunhuang: An Oasis for East-West Cultural, Commercial, and Religious Exchanges along the Ancient Silk Road in the Bello Grand Hall.

This exhibit, on view from September 27- October 6, features cave number 285 of the Mogao Grottoes, a UNESCO World Heritage site. Cave 285 is among the most significant of all the caves, dating back to the Western Wei Dynasty. This cave has been physically re-created, allowing visitors to experience and walk through the full-size cavern.

Speakers and tours are available every day during the exhibition. Presenters include Bryant professors and other lecturers who will speak about the influence of Dunhuang in art, trade, religion and international relations. Interested in learning more? The library has a number of books and eBooks that showcase the historical, cultural and religious importance of the Silk Road.